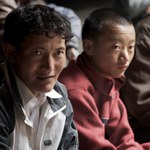 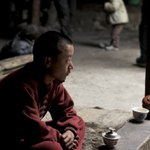 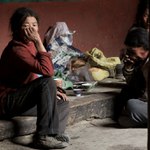 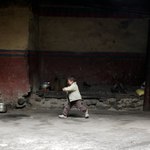 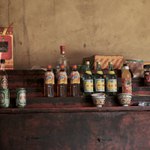 This is the assembly hall of Halji, the biggest of the three villages in the Limi valley. The young man in the white jacket is the recently elected village head.

We were invited for a dinner of dried yak meat, served together with rice, Lhasa beer, Chinese liquor, and soft drinks – all carried over from Purang, a couple of days walk across the border in Tibet.

Before dinner, the village had a meeting here and we were given a summary of the topics discussed:

1) When to bring down the cattle from the summer pastures and when to start harvesting?

2) What to do with the two NGO staff that had come all the way from Kathmandu to offer training in micro-credit management? Nobody had an interest in micro-credits, and nobody had time for a two-day workshop. But sending them away would have been rude.

3) What to do against the glacier lake outburst floods that had afflicted the village for the fifth year in a row and destroyed fields and houses? New protection walls had to be built and funds raised. Despite all the talk about climate change, no NGO had been willing to help so far.

Bored by all this serious talk, the children started running around.