In and Out of Walung 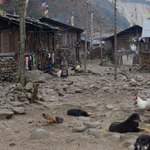 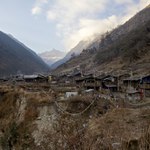 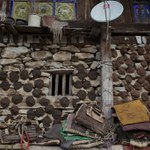 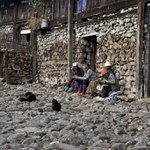 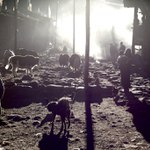 This is Walung, a village in the upper Tamor Valley in the Kanchenjunga area of Eastern Nepal. I visited Walung at the end of November for my research on Neighbouring China and the revival of old trade routes across the Himalayas. Walung is situated on the most direct route between Shigatse in Tibet and Kolkata in India, just a day’s walk from the Tibetan border. There are no fields in Walung, yet the village was known as a place of considerable wealth thanks to its strategic location on this lucrative trade route.

When the Tibetan border closed in 1959 after the Lhasa uprising and the ensuing communist reforms in Tibet, most of the wealthier Walung families moved out. They bought land in Kathmandu, built houses, and expanded their mercantile activities to new ventures and markets.

Over the past two years I conducted a series of interviews with descendants of these wealthy families in Kathmandu. I was under the impression that Walung’s golden days were long gone. However, what I found in Walung during my short stay revealed a different picture.

The families that remained in Walung gradually took the place of those who left. They moved into the large mansions of the emigrated elite, and with the gradual opening of the border from the mid 1960s onwards new trading opportunities arose. Poorer families from Tibet and the surrounding villages arrived, and step by step established themselves as well. Firewood collectors became yak herders, yak herders became traders, and traders started sending their children to study in Darjeeling and Kalimpong – to the same renowned Indian boarding schools in which the former elite used to enroll their children. And, just as those who left in the 1960s, they accumulated capital and started moving out themselves – to Kathmandu, to South Korea, and to America.

Walung, this little village in the Himalayas, continues to create wealth. People move in, move up, and finally they move out. The following posts in this series will explore fragments of life in Walung, of arrivals, departures and the traces left behind.