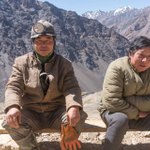 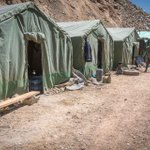 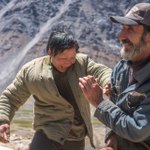 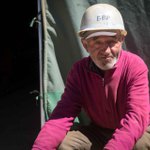 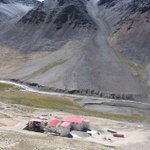 Since my first visit in the silver mines of Bazar Dara in 2015, when the Pamiri crew was waiting for a Chinese company to take over operations, much has happened in the camp.

Coming back a year later, the foreman had left and was replaced by a Chinese; a few dozen Chinese workers and around 30 locals were building a processing facility and a tailing pond alarmingly close to the river; in Alichur, the settlement on the Pamir Highway about three hours from the mine, a group of Chinese geologists and Tajik geology students were mapping the Eastern Pamirs. For a moment, it felt as if the pending Chinese futures were finally taking shape.

Visiting the mine again in August 2017, the processing facility was completed, three more adits were under construction, and a road further up the mountain slope was being built. However, things were back to a state of limbo. Most Chinese workers had left, and the foreman was in Dushanbe sorting out a problem with the concession. Apparently, the mining license only covered exploration, and scaling up operations to preliminary production turned out to be more complicated than anticipated. Again, the future seemed pending, there was not much to do, and the aura of waiting for an uncertain future had again descended on the camp.

I met an elderly Pamiri who had worked in Bazar Dara as a foreman during Soviet times. He had a hearing problem from the years of working as a miner, but he clearly enjoyed being back. I asked him for his name. “Millionaire”, he answered with a smile. After a well-rehearsed pause he added his punch line, “but no money!“ – a nickname and a biography reflecting the promise of future wealth inherent in mining, which always seems around the corner but has never quite come true.