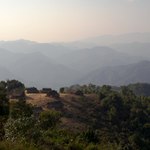 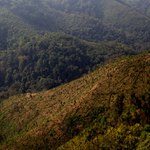 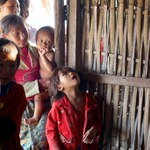 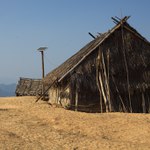 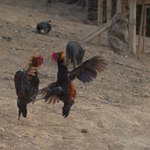 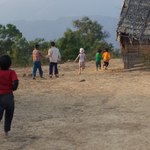 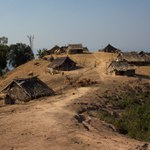 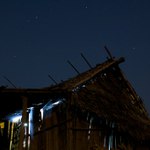 Hidden from view, on the very top of a mountain ridge in northern Laos, yet only a few hours away from the brand new road that leads to Golden Boten City and the border with China, lies this little village – Nam Kouy.

The village cultivates rice and vegetables on a swidden nearby. A couple of decades ago, slash-and-burn agriculture and the mobile way of life it fosters were prevalent throughout northern Laos. Since then, however, many villages left their dry rice, chilli, and opium behind and became rubber entrepreneurs, government employees, or traders.

The people here, however, stay on. They negotiated an exclusive agreement with a trekking agency in Luang Namtha. Over the past two years, maybe a hundred small groups of trekkers have made their way to Nam Kouy, seeking the “authentic Lahu experience” the agency advertises. They pay for water, services, and accommodation.

We are a group of seven.

“Are there plans to build a road up here?”, somebody asks. “No, I don’t think so”, our guide replies. “They do not listen to what the government says”, he adds. There is no village head, we are told. Only a shaman. And he is sick. The art of not being governed?

Half the village gathers to inspect us. We have no language in common, and our Khmu guides, although from the region, do not interact much with the people. A ballgame breaks the ice a bit, and my four-year old daughter makes friends as usual. I try to picture the negotiations with the trekking agency and the discussions within the village it must have triggered. And, I am sure, I can sense it, that this is not an arrangement free of conflict.

I am captivated by this place and overwhelmed with not understanding. I leave with dozens of questions to which I will probably never have an answer.