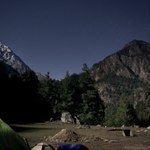 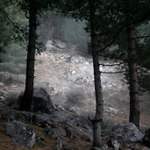 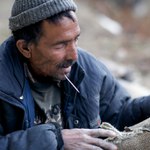 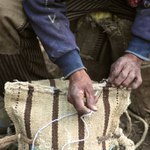 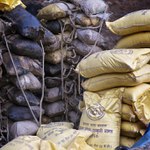 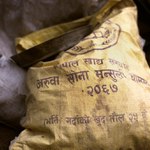 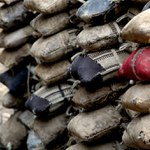 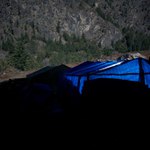 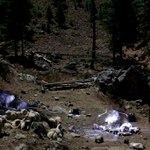 The past three weeks I spent in Humla, far-western Nepal, doing research on the changing economy of trade. A month ago, the new road through Limi reached here at Sallikhola. A temporary camp emerged, a tent shop sells Chinese wheat flower, clothes and beer, and a roadside teahouse offers meals and a satellite phone link. Sallikhola is now the roadhead where goods imported from Tibet are loaded onto pack animals and transported further down the Karnali valley.

Formerly, sheep-and-goat caravans accounted for much of the traffic along this ancient trade-route across the Himalayas. The caravans carried Tibetan salt down to the lower hills and rice up to the Tibetan plateau. Government subsidies for iodised Indian salt and a much-improved rail- and road network in Tibet destroyed this market. Most people sold their sheep and goats. Goods are now predominantly carried by mules.

However, the disappearance of caravans bringing grain from the south has triggered a severe food crises in Humla. The World Food Programme and the Government of Nepal fly large quantities of rice into Humla. Transportation costs higher than the rice itself. Tsewang Lama, the initiator of the Limi road project, suggested an alternative route to the authorities. Transportation via China and the Limi road would cost only a third of the airfreight rate.

After an odyssey of bureaucratic and other hurdles, the precious rice has now reached Sallikhola, a couple of days from the godown in the district headquarters of Simikot. Most of the rice is carried by mules but while I was there, one of the remaining sheep-and-goat caravans turned up to offer their services.

The caravan traders had to reload the rice from the yellow Polypropylene bags into the hand-woven woolen sacks that sheep and goat can carry – sealing each of them by hand with a needle and a woolen thread. After two days of sewing, the men brought down their sheep and goats from the nearby pass and waited for the moon to rise. They prefer travelling at night in order to avoid the numerous mule caravans on the narrow path. They left at three o’clock in the morning.

Part 2: Shelter Below a Rock