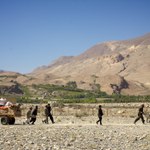 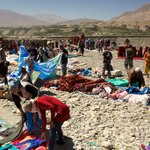 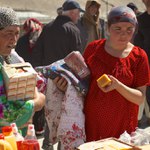 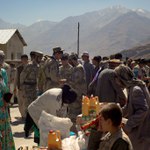 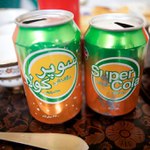 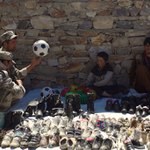 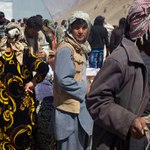 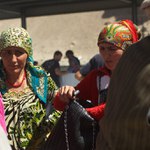 Early September, at the border bazaar in Ishkoshim. The weekly market takes place on a little island in the river that separates Tajikistan from Afghanistan. Two footbridges connect the island with the roads on both sides.

We hand our passports over to the Tajik police and walk across the bridge. It is mid morning and traders are still arriving. Handcarts are pushed towards the market area, laden with condensed milk from Pakistan, bread, melons and grapes, Chinese rubber sandals and bed sheets, old shoes allegedly from Western aid, synthetic carpets from Iran and Super Cola made in Herat, Afghanistan.

But today, all the trouble seems far away. The weather is still warm, the melons and grapes are sweet, and Afghan traders mingle with Pamiri women from Tajikistan, and the border guards take a casual stroll through the market, looking for a remedy against boredom.