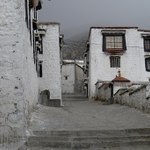 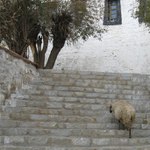 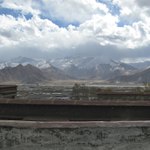 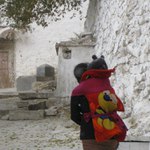 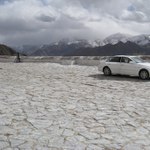 The smell of snow lay in the air when we arrived at Drepung monastery. It was a cold November morning. Trashi, a student I had befriended early on during my stay at Tibet University, had insisted on being my guide. He was proud of Drepung and its history. Before the 1950s, Drepung had a monk population of eight to ten thousand and was probably the world's biggest monastery. Its colleges were among the most highly reputed in the Tibetan Buddhist world.

Presently, Drepung has far fewer monks but remains a major attraction for visitors and pilgrims from around the world. When we arrived, however, we found the parking area, which was usually bustling with tour groups and vendors, empty and no monks could be seen. Without the red robes of monks and the multicoloured outdoor jackets of visitors Drepung appeared bare and white – startlingly white.

The whiteness, however, was not just a result of the cold and snowy November morning but an incident that had taken place a month earlier. The monks of Drepung have a reputation for being particularly unruly, and according to one of Trashi's monk friends this is what happened:

On 17 October 2007, the US congress bestowed the nation's highest civilian honour, the Congressional Gold Medal, upon the Dalai Lama. Authorities in Lhasa were extremely alert and made it very clear that they would not tolerate any public display of approval. The event coincided with the annual whitewashing of monastery buildings. The Drepung monks chose to start with the chapel of Avalokiteshvara, of which the Dalai Lama is considered to be an incarnation. This was apparently seen as an act of defiance. A quarrel between monks and monastery management ensued. The quarrel got out of control, the army moved in, and the monks were subjected to patriotic re-education. For several weeks Drepung remained closed to outside visitors.

When we heard that the ban had been partially lifted, we decided to try our luck. After some discussion with one of the guards about whether I qualified as resident or as tourist, he let us in. Apart from a couple of sheep and a white car that brought a small group of Tibetan pilgrims, the monastery seemed deserted. It started snowing again and we found refuge in the monastery kitchen. Lunch was ready and everybody was waiting for the monks to come back from one of the patriotic re-education sessions, which were still going on.

A few months later, in March 2008, the same monks would lead a protest that was to spread all across Tibet.