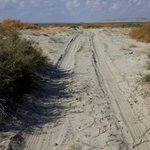 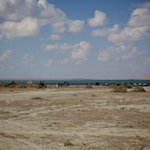 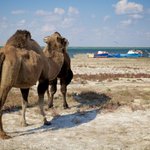 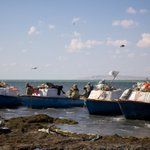 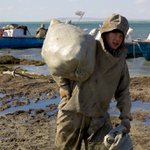 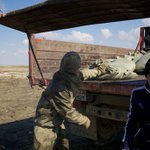 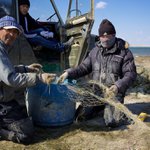 On our journey through the Kazakh steppe we pass the Aral Sea. Its story is well known: Soviet planning diverted the waters of its main contributory rivers to irrigate cotton plantations. The sea retreated, salinity rose, and most fish disappeared. What remained were the trawlers left behind. The rusting hulks in the desert became an iconic image of this man-made disaster, a picturesque warning against hubris and megalomaniac development schemes.

Curious to see one of these famous ship cemeteries, we drive to Zhalanash, about 60 km from the town of Aralsk. But the hulks are gone. The last few were dismantled and sold as scrap metal to China last year. What remains is the sandy desert that was once the sea bed.

However, thanks to a dam constructed a decade ago, the water levels in the northern part of the lake are slowly rising again. Salinity has decreased and several species of fish have successfully been reintroduced. Another 30 km further on, at the actual shoreline, we encounter a group of fishermen loading their catch onto trucks and mending their nets. We are invited for tea and biscuits.

The wind is cold and exceptionally strong today and the boats are small. Taking them out in this weather is risky. Nevertheless, the revived fishing industry brings hope. One to two tons of fish are caught here per day, we learn. This pays for education, vehicles, construction materials. Last year, the fishermen had a single old truck. Now, some of them are already driving their own jeeps.