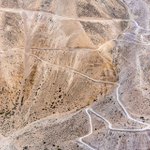 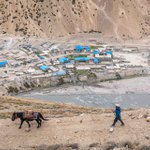 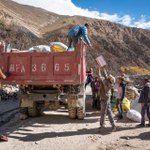 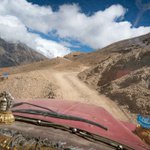 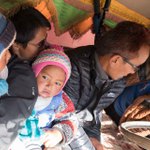 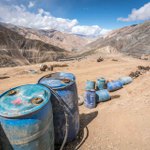 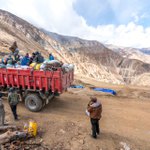 Looking down on Hilsa, the border settlement between Tibet and Nepal, blue Chinese tin roofs covering half the houses and red carpets drying in the sun dot the brown and barren landscape. The road, which had just opened when I visited the place four years earlier, has been upgraded and is now a neat line winding up the steep flanks towards the Nara Pass and the valleys of Humla, Nepal.

It is late summer 2016 and Hilsa is bustling with activity: Indian pilgrims coming back from Mount Kailash and waiting for their helicopter flight, their guides eager to get home in time for the main Hindu festival season, and traders bringing daily supplies mingle on the dusty street. A red Chinese Dong Feng truck arrives and a crowd gathers, hoping to get transport to bring them and their goods across the pass. Blue plastic oil barrels holding fuel smuggled across from China stand in the sun, their colour matching the tin roofs and the blue skies. The only sparks of yellow in between are a few wheat flour bags and the old Komatsu excavator I followed in 2012 – weathered but still functioning.

I score a seat in the truck cabin together with three other men, two children, and the driver. Half way up to the pass, we stop at the road construction camp of an old acquaintance – Mangal. He was one of the pioneers behind the privately initiated Limi road nearby and has since become a government contractor.

In the camp, overlooking the valley that leads to Tibet, the combination of colours strikes me again. What is it with blue and red against the barren brown of the Tibetan Plateau? How come that the sturdy Chinese Dong Feng trucks are always either blue or red – the same red as monk robes and monasteries? Why blue tin and blue barrels? I don't know. But the contrast of brown, blue and red is omnipresent in these highland deserts.