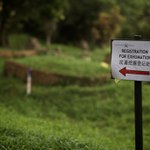 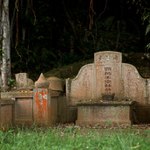 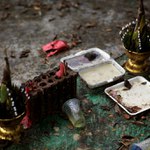 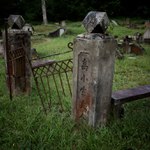 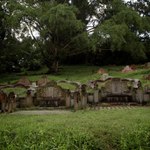 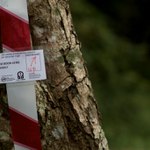 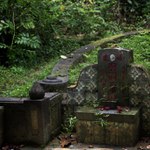 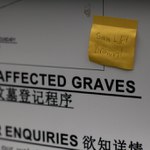 These are images of Bukit Brown – a disused Chinese cemetery in Singapore. It was established in the early twentieth century and remained operational until the mid seventies. Many of Singapore’s pioneers were buried here. A year ago, the Urban Redevelopment Authority brought forward a plan to construct a dual four-lane road through the cemetery.

A total of 3,746 graves are affected and will be exhumed. These graves are tagged with numbered white pegs. The Land Transport Authority has set up signboards with instructions and an information centre where the families of those buried in the affected graves can register and initiate the process of exhumation. Construction is scheduled to start in 2013. The remains of unclaimed graves will be handed over to the sea.

The plan, although scaled down from the original proposal, meets with widespread criticism. The government and the ruling party are blamed for destroying important Singaporean heritage. A “Saving Bukit Brown” project was established, a petition was launched, and several websites (here and here) actively lobbied against the plans. The “Saving Bukit Brown” project  also put up signposts marking the paths to the overgrown graves of prominent Singaporean pioneers.

The graveyard is a thick forest of signs. Gravestones with names and dates, numbered pegs marking the graves to be exhumed, improvised guideposts stapled to red and white barrier tape, and yellow sticky notes activists have pasted onto official signboards that explain the exhumation procedure – they all engage in a boisterous yet silent struggle over space, meaning, memory, and the dead.