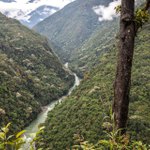 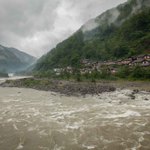 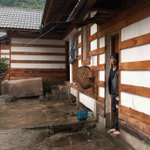 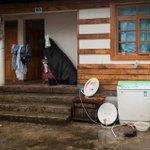 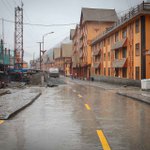 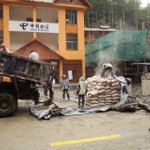 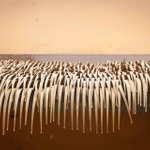 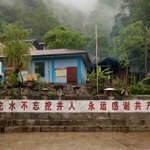 These are the stunning forests of Dulong, a valley in the northwestern corner of Yunnan, bordering Burma and Tibet. Dulong is home of the Drung, one of the smallest of China's officially recognised ethnic groups. Reading about the Dulong Valley, I expected a place in transition, struggling with recent conservation policies that outlawed shifting cultivation and the collection of forest products.1 However, what I encountered was change of an entirely different magnitude: a complete re-engineering of the valley in the name of heritage-making and the creation of a new socialist countryside.

Within the last few years, the population was relocated from their settlements in the forest to newly constructed, uniform “socialist villages” (see my post on similar developments in Tashkurgan, Xinjiang). Every family was offered a new house along the newly paved road, which traverses the valley from north to south. The state provided these houses for free; just a modest contribution of labour was asked in return.

Running water, electricity and road access allow for a life with satellite TVs, washing machines, and motorcycles. Only a handful of families declined. The large majority willingly moved and most gave up farming in the process; people now live on state subsidies and some black cardamom planted along the road. How long the state will continue to pay these subsidies is not clear. But "no worries, the country looks out for us", we are assured.

The old villages are now abandoned. However, to give future tourists a glimpse of how they looked like (or rather: how they ideally should have looked like), a new old village was constructed near the road. It has a central square for ethnic spectacles and comfortable guest rooms to accommodate tour groups. A China mobile banner advertises 4G internet.

The aesthetics of this radical transformation are most visible, however, in the new Dulong township, the county headquarters. Neatly designed concrete buildings house shops, restaurants, hotels and offices. They are all painted in the same colour and feature artificially thatched awnings made of tin. A buffalo head, chosen as Dulong's logo, adorns facades and street signs. Downtown Dulong looks and feels a bit like an Olympic village waiting for the arrival of its guests from around the globe.

Such a radical top-down approach that replaces subsistence-oriented livelihoods with subsidies and the prospects of a future job in the ethnic tourism industry goes against most lessons learned from development worldwide. Nevertheless, the transformation of Dulong is not ignorant or arbitrary – it very closely follows the model of how the Party State intends to re-engineer the country's remote periphery from Xinjiang and Tibet to Yunnan and elsewhere. It is carried out with utmost confidence and at least here in Dulong, so it seems, with the approval of a majority of the population. Should subsidies stop and tourists fail to appear, this may change. But should it succeed, there is a banner that makes clear whom to thank. It refers to a Maoist saying and reads: "When drinking water, do not forget who dug the well. Be forever grateful to the Party."