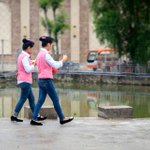 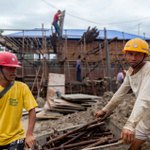 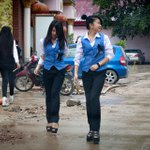 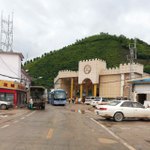 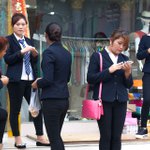 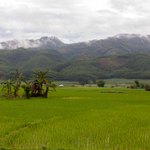 Early in the morning at the cluster of casinos south of Mong La, Myanmar’s Special Region 4. Casino staff are having a snack or a quick meal before starting their day or heading back to town.

Special Region 4 is a small autonomous strip of border territory in northern Burma. It is run by a Chinese named Lin Mingxian, a former commander of the Communist Party of Burma (CPB). When the CPB broke up in 1989, he established the National Democracy Alliance Army (NDAA), one of Burma’s many armed rebel groups. Soon thereafter, he signed a ceasefire agreement with the Burmese government and ever since, Mong La has rather focussed on profit than ideology: initially the opium trade, later casinos and more recently Chinese agribusinesses.

Mong La has received quite a bit of media attention and was mostly depicted as a place of vice and lawlessness amidst the jungle. This, however, is only one side of the story. Mong La looks and feels rather like an orderly Chinese city than a wild frontier. It is running on Beijing time, the Chinese Renminbi is the sole currency accepted, China Mobile the only network available, and the casinos have created jobs.

Most of the casino workers are young women from northern Burma, almost exclusively from non-Burmese minorities. They are quick to learn languages and speaking Mandarin is a precondition for work here. The casinos pay comparatively well. The young women in uniform earn around USD 300 per month, well above the average income in Myanmar.

How, then, to read the story of Mong La? As a tale of frontier capitalism with uneven outcomes? Or as a case within the larger story of China’s development reaching across the border? This is the question Alessandro Rippa and I are addressing in a longer photo essay forthcoming in Cross Currents in June.